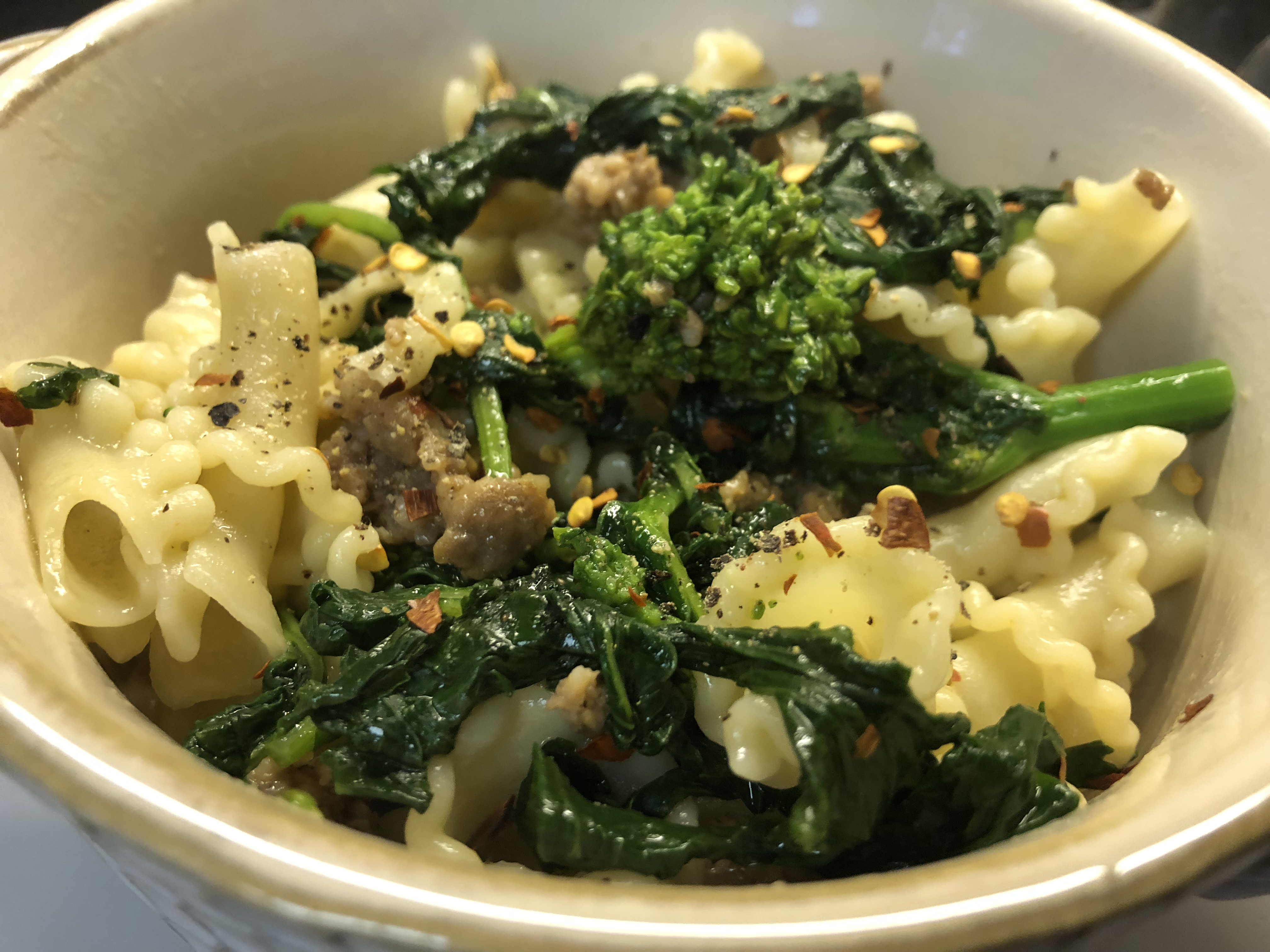 I know I have been super behind on these the past couple weeks, but don’t blame me because I have a 5 hour commute each day and I don’t have time or energy to write after work. But here I am, getting back on track!

One week I missed for #GettingItLocal was all about broccoli rabe, which is kind of a cross between broccoli and a bitter green. I honestly never had it before I made this recipe, but I am always down to try new things! 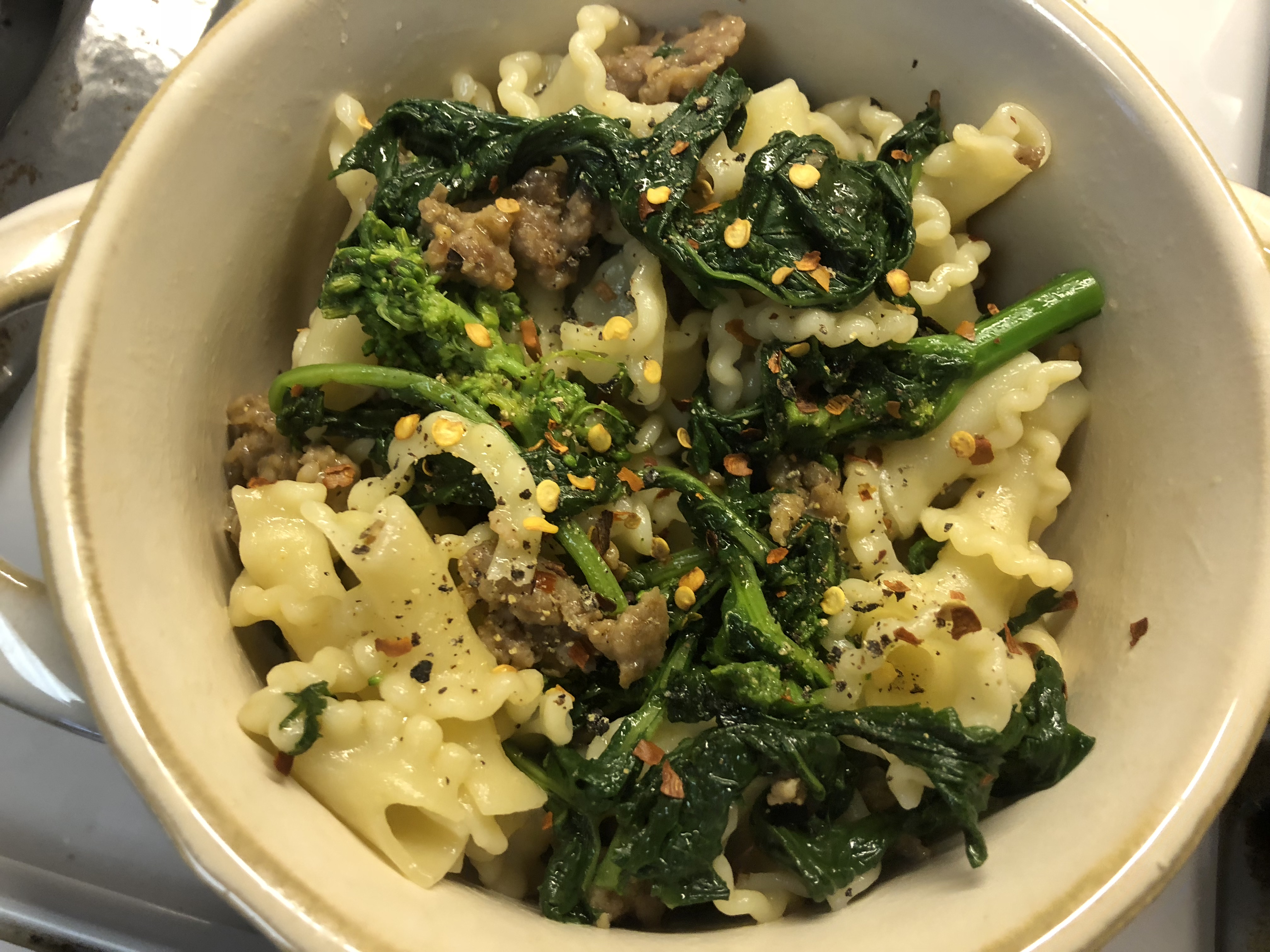 This is a recipe I actually make a lot, but I use kale instead of broccoli rabe (or regular broccoli), but it seemed like all the recipes I was finding were very  similar to this. It’s honestly such as easy recipe, but I’m gonna be super honest with you: After making this, I found out that I probably don’t like broccoli rabe. I am super sensitive to bitter tastes (I don’t like coffee or chocolate either), but I though because I like other veggie in the same family, that I would like this. 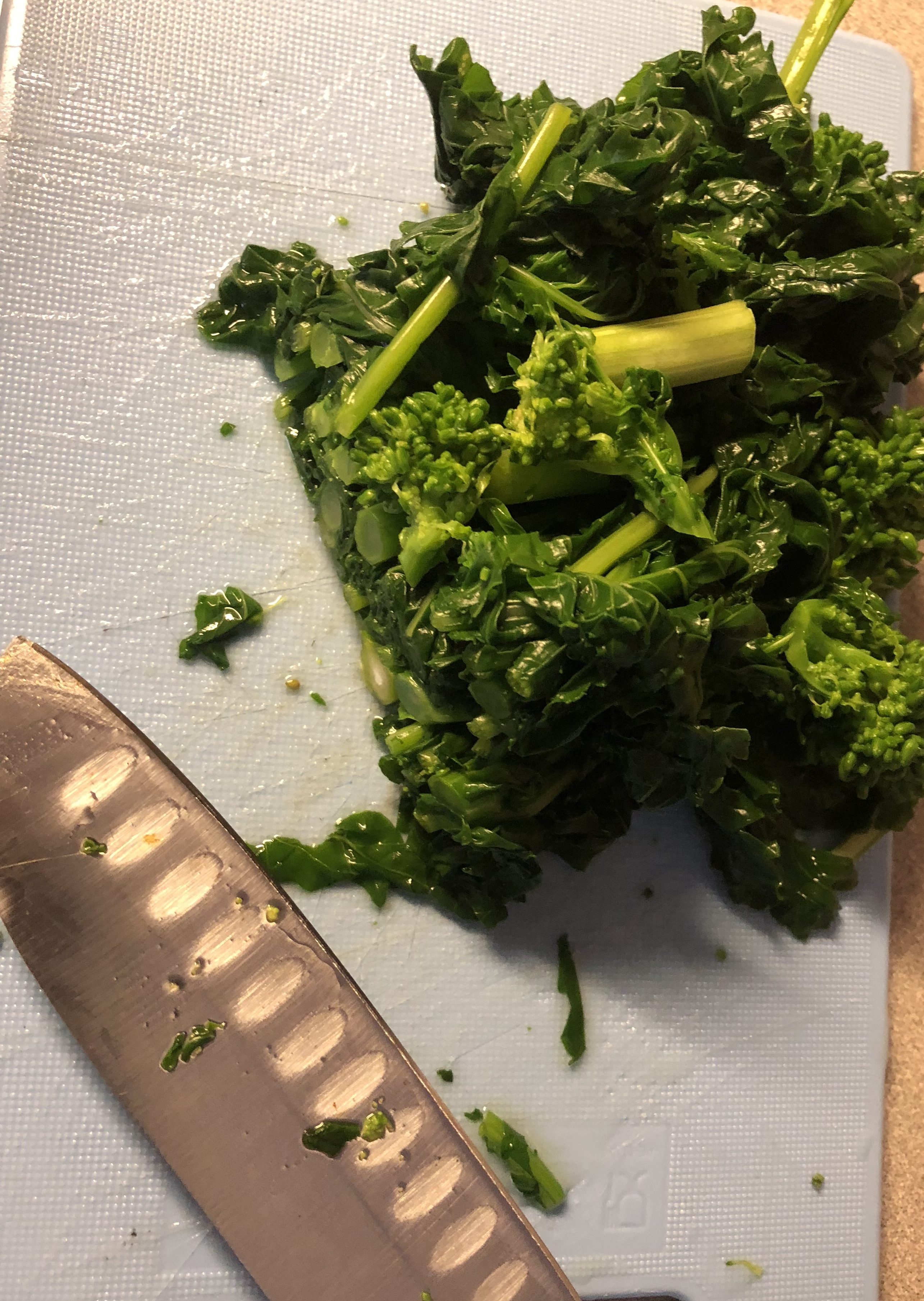 But hey, my tastes are different from everyone else’s and some of you may like broccoli rabe, some of you may decide to use kale instead, and either is ok! But I like this recipe because it is super easy and comforting. Like I said, I used to make my similar kale recipe back when I was in high school! Sometimes I would change the ratio of kale to pasta and make a salad, sometimes I would leave it as pasta depending on what I felt like eating. Also I am such a fan of spicy things, but if that isn’t your thing, feel free to use mild sausage and leave out the crushed red pepper.

Now this is not a 1 pot recipe and I realize that I am using a lot of pots to make it, but that’s if you want to make it faster. Feel free to use the same pot for everything, but understand that it will take you quite a bit longer.

Hope you enjoy and Happy Nourishing!