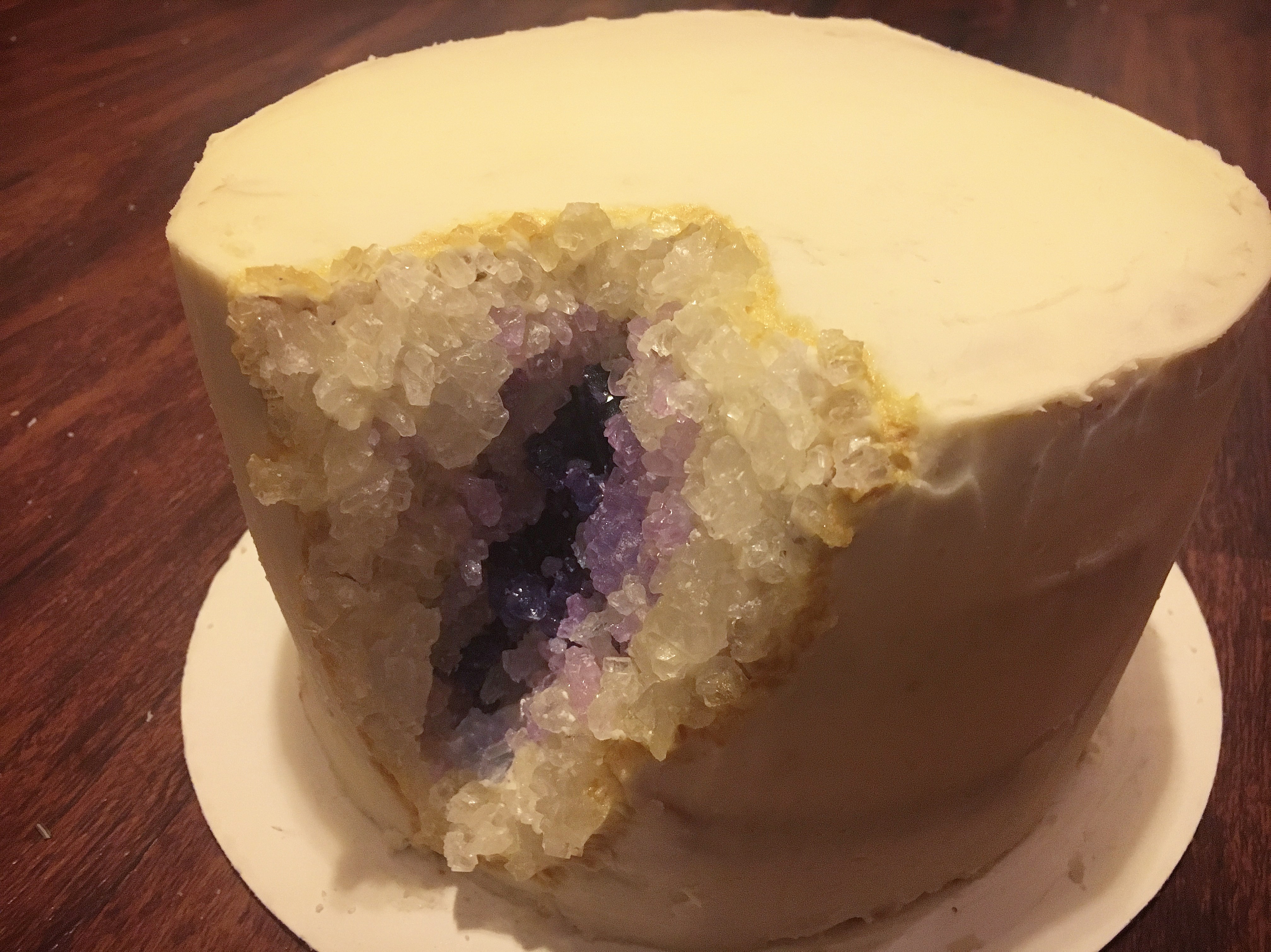 Happy birthday to my website! What a year it’s been! But rather than talk about my year, since you know about most of that, let’s talk about the past 4 weeks! I made this cake for an auction we had during National Nutrition Month.

I’ve had so much fun…for the most part. Three of my four rotations have been awesome! I started in Long Term Care, which is a nursing home for those of you not familiar with the phrase. It was a really great environment. I’m not super thrilled about working with the population, but I really enjoyed the setting, and so I’m looking into working in other rehab facilities when I finish. There is so much flexibility with the position and it’s much slower paced than a hospital while still being a clinical position. Never did I think flexibility of a job position would be something I’d consider when looking for a job!

The next week was our National Nutrition Month celebration, which wasn’t as fun as I thought it would be. I was my group’s leader, meaning I had to do all the extra work they didn’t want or that they simply didn’t do. Needless to say, I was stressed to the max and no one offered to help, which is fine. I got everything done and it turned out pretty well, so at least my stress was worth it! 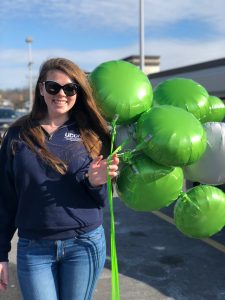 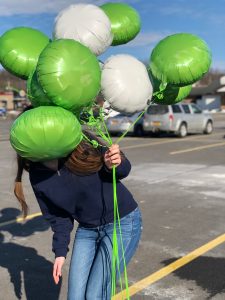 Here I am getting balloons for National Nutrition Month and then being eaten by them. 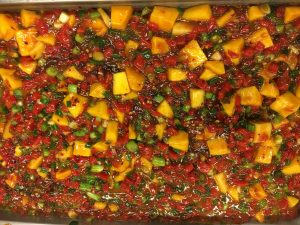 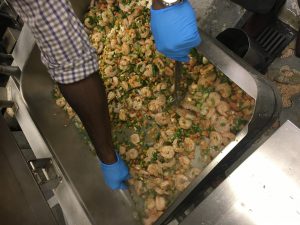 Here’s our Island Mango Stir-fry and Cajun Shrimp and Rice, which were 2 of our National Nutrition Month recipes.

Also here’s a link to a Facebook Live event I put together with another intern about National Nutrition Month and reducing food waste.

I was in Pediatric the week after. My whole life I never thought I would work with kids. I was so turned off from being a choreographer of Jr. High kids every summer, that I vowed I would never again have to work with them. And as you know from my last post, the NICU happened. And then this rotation happened. I really loved working here! Dietitians are so involved in the team and they are valued members which is so nice! It’s very different from working with adults and it feels like there’s so much more satisfaction. Not that it will always be good because I saw a lot of complicated patients. The first day of this week, I was working with adults making up one of my sick days from January and I had a patient come to the ED for altered mental status and dehydration. She was 51 and ended up being diagnosed with a super rare disease that only 300 people get each year. Everyone diagnosed dies within 1 year of diagnosis and the doctors put her prognosis at 2 weeks, which I had no clue how to handle. I was a total mess that day, but I have great friends and coworkers who really helped me through it, so thanks to those of you! Back to Peds though, this is an area I’m also looking for jobs in. I had so much fun and every case presented a new challenge that made me think and use all my resources and knowledge, which is always exciting.

This past week I was in cardiac rehab and endocrinology. Cardia rehab is a facility for people who had major cardiac events to exercise safely under supervision so they can start living healthier lifestyles at home. I worked with an amazing dietitian here and we had really great conversations about where I want to end up with my life. We taught some classes for those coming to exercise and it seemed like someone could really make a difference in these people’s lives. Endocrinology is a fancy way of saying diabetes education. It was a lot of just that, which got somewhat repetitive, but again I was with a really great dietitian and she put so much effort and care into each education session that you could tell she made a difference in her patients’ lives. We went to an interesting talk about new drugs coming out for diabetes management, but the coolest part was that I sat next to one of the people who INVENTED Gardasil. Can you imagine being someone who found a way to totally prevent a certain kind of cancer! Totally crazy! Some of the other crazy things I saw were a guy who, in a single day, had blood glucose (BG) levels of both 435 and 41; there was another patient I saw that day with a BG of 843! The last really cool thing I saw was a girl with an abdominal mass that was over 50 lbs! That’s bigger than the current world record. THIS IS LITERALLY A RECORD BREAKING MASS! And, as we all have the opportunity to observe a surgery in this internship, my roommate happened to be scheduled to see hers! What an awesome opportunity!

At this point I’m more than halfway done with my clinical rotations so I started filling out applications for jobs, but have yet to send anything in. I’m so scared to start. There’s so much that goes into finding a job! But here’s to finishing the next chapter in my life.

Until next time. Happy Nourishing!