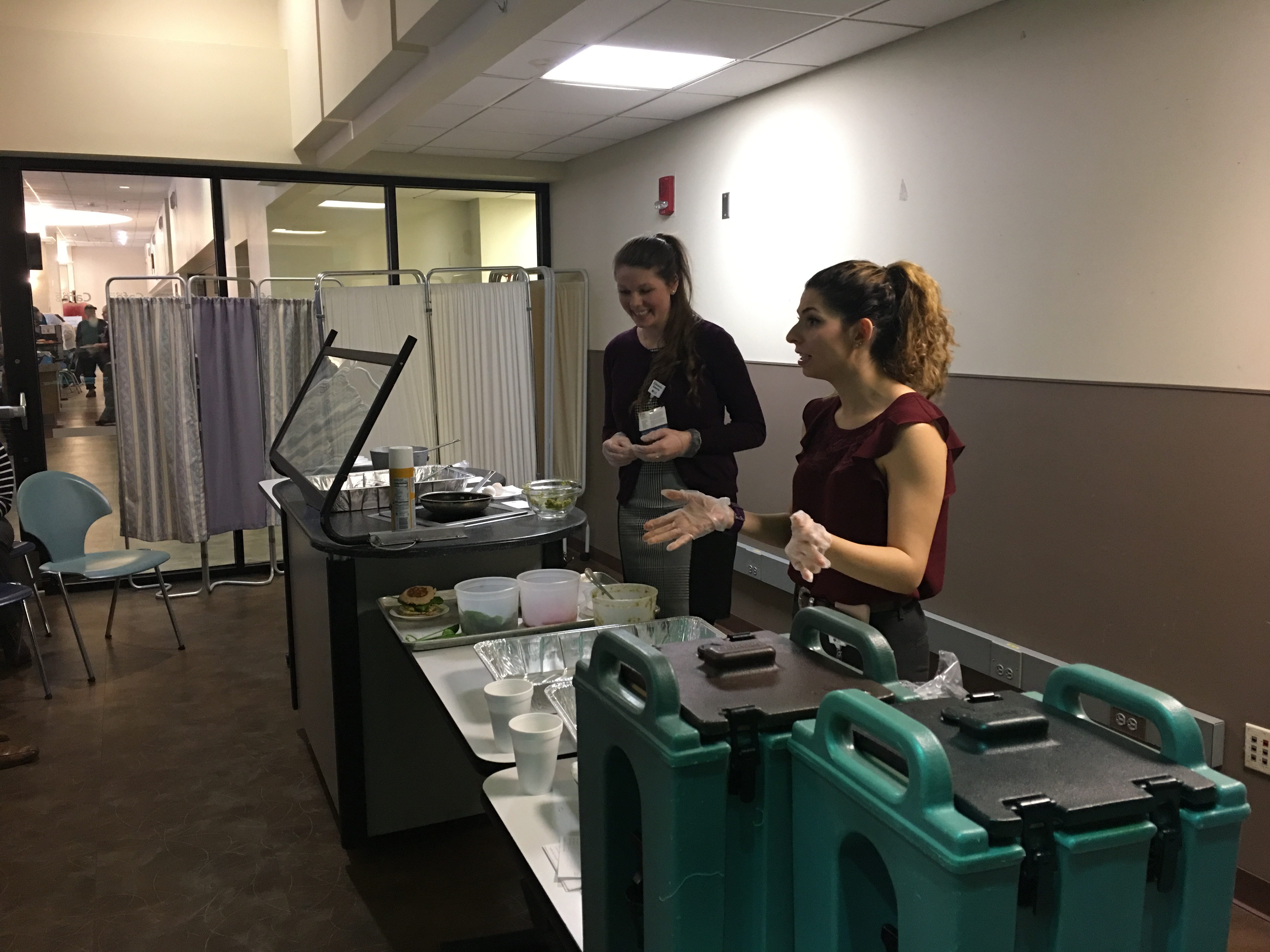 This post is almost a week late, but I have officially finished my first clinical rotation!

I started out in general medicine and have seen some crazy cases! I spent a lot of time with patients on nutrition support, meaning they were receiving artificial nutrition from either a tube feed or intravenously, known as TPN. I saw a patient who was 26 and only ate a meal every 4 days but drank 12 beers every day for the past 14 years. I saw a patient with a tube feed in her small intestine, but heard that her surgeon wanted to start bolus feeds(large amounts at one time) despite the RD saying that would be an inappropriate way to feed her (you can’t do bolus feeds with a tube in the small intestine since it can’t hold food the way your stomach can) but was dismissed by the surgeon who said she was “just going home to die.” I met a very nice old lady with cancer who still got up to do her make up every day and complimented my outfit.

I’ve made mistakes like asking people how they have been eating, when they haven’t been allowed to eat for the last few days. I mixed up the charts of two separate patients when I went to go see one of them, so I asked them the wrong questions. I forgot to wash my hands after leaving a patients room who was on droplet precautions (meaning I could get infected basically through breathing their air). It was kind of a mess. I learned a lot and I am so excited to continue on.

My next rotation is in food service and management, so I’m not too excited for these next few weeks, but I’m hoping it’ll be a nice change of pace after the last three. Although, I know I’ll be sitting in a lot of meetings and I don’t want to lose the progress I’ve made in climbing up the stairs and not being out of breath! When I first started, I was out of breath at the third floor. Thankfully, my preceptor’s office was on the fourth floor, but one of her units was in the cancer center across the hospital and on the fifth floor. I don’t know what it is about the cancer center, but for some reason the stairs between the fourth and fifth floors have an extra flight. It seems like they’re there just to make you hopeful you’ve made it and then BAM, another flight to finish your trek. My second preceptor’s office was on the 7th floor, although most of her units were on the 6th, so I was able to build up my lung capacity and can now make it to the fifth floor without losing my breath! I’m really hoping the management slows things down a little because in clinical everything is fast-paced.

This past week, I also put on a cooking demo with my roommate. We made avocado breakfast sandwiches and a chai latte. They both came out really well and we had a pretty good turn out! The audience was very engaged and kept asking us questions. It took a little bit to get them to open up, but after cracking a few jokes at my own expense, and my roommate making some too, they started joining in our conversation. Overall, it was a great experience and I’m excited to see what the other interns do for their cooking demos! This week, I am going to be observing some surgeries and we have a wellness fair coming up where we’ll be making trail mix and educating about healthy snacking, stress, and whatever else we can!

Until next time, happy nourishing!