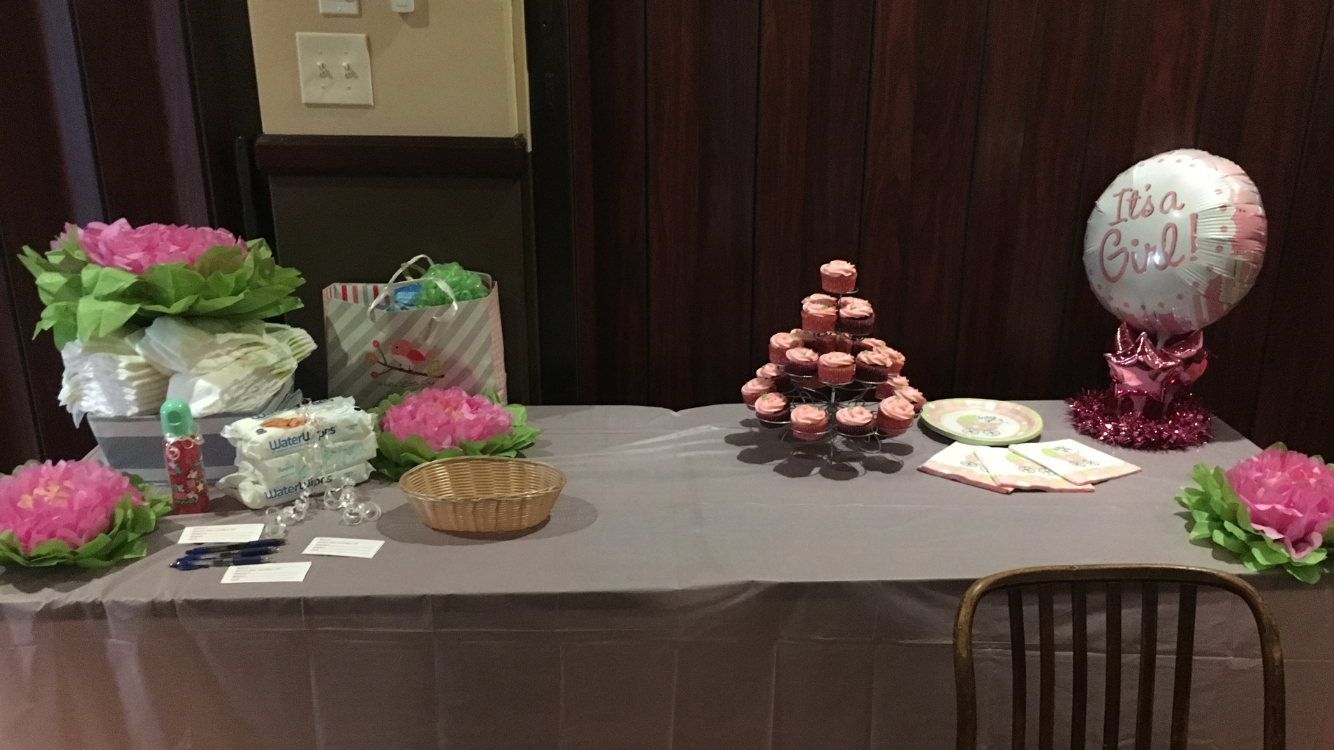 So much to talk about this week! We had Monday off, so I spent the day running around desperately trying to get caught up on everything, which was nice. I am so appreciative of having entire days off now because I can’t remember the last time I had a day to myself, let alone time to clean my apartment (which, unfortunately, did not make the cut on my to-do list Monday).  I ran to school to grab my audio recorder for my research interviews and noticed they put the pictures up of all the dietetic interns! Tuesday was a normal day at the office, nothing exciting happened. Wednesday is where the fun started. 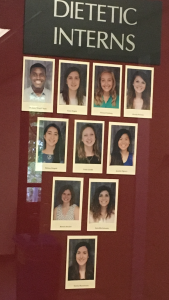 How cute are we!

Wednesday we had a taste test set up at one of the elementary schools. We were testing an Apple Pear Slaw and it was actually pretty good, although I know when I was in elementary school, I would not go near anything named “slaw,” since I was a stubborn picky eater. And let’s be honest here, I still am. I probably would not have tried the slaw because of the name “slaw” and I only did because I felt like I had to. But it was actually pretty good! A majority of the younger kids, PreK-2nd grade, were not a fan. And they let us know! The older kids, however, really seemed to like it for the most part! Some girls kept coming back for seconds, but we thought we were going to run out and told them we didn’t have enough, which ended up not being true. 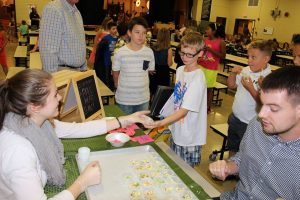 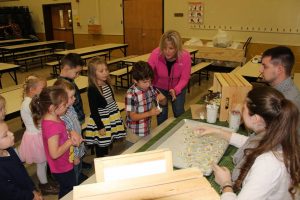 Once the taste test was over, I was busy baking all night! I had offered to make cupcakes for a baby shower happening Thursday, so it was finally my time to shine. Usually, baking calms me down and is my stress reliever, but not today. Everything had to be perfect!  So I sit down with my recipes, make a list of everything I don’t have, grab all those ingredients at the store and start. Now, when I bake, I’m against mise en place because it takes way too much time that I could spend actually baking and frankly, it creates more dishes that I don’t want to wash but since I needed to make sure that everything was perfect and accurate, I decided to employ the technique.  Mise en place, for those of you who may not come across the term often, is a fancy French term for having everything in place before you start. So having all ingredients measured out in separate bowls before you start to make sure you A: have all the ingredients you need and in the correct quantities, and B: to allow for things to be the right consistency for the recipe. You don’t want to start getting everything together only to find that the eggs need to be room temperature. Eggs aren’t like a stick of butter, you can’t just throw them into the microwave to warm them up. Anyway, so I get everything together and the batter needs to sit for 30 minutes, so I start getting the next batter together since I made two flavors. At this point, I am so thankful for using mise en place, because I realized I don’t have any sour cream. So I run out the door to the nearest grocery store (I really don’t like this one because it’s not in the best area) and grab some sour cream. Then I realize I don’t have a way to transport these cupcakes because my cupcake carrier only holds 12 and I was making 24. An hour and a trip to Michael’s later, I am back to finish making the cupcakes. I turn on my toaster oven (yes, I don’t have a real oven in my apartment) and start baking. Since I only have the toaster oven, I can only bake 6 cupcakes at a time. It was the longest afternoon of my life waiting for these cupcakes to bake; I ended up with 41 cupcakes when I had finished using all the batter. and it was 9 pm. I still had to frost them and get ready for work the next day.

Finally got them cool enough to frost and went to bed around 10:30, only to wake up at 5:30 so I can finish adding the final touch of edible pearls. At this point in the morning, I realized I had a box to put them in, but no way of keeping them still during transport! They were going to move all over the place and the frosting was going to get messed up, so my lovely momma suggested crumpled foil, and bless her; it worked! I got them to work and they lasted the next car ride to the baby shower. If you are transporting cupcakes without a carrier, USE FOIL! 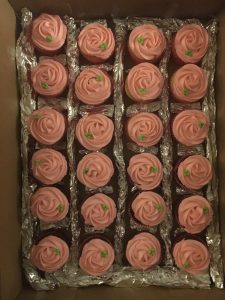 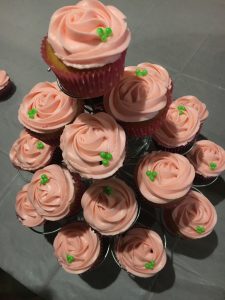 Anyway, before the shower on Thursday, we went to a couple of schools because it was NY Thursday, the farm-to-school lunch program. The students had local chicken drumsticks, oven roasted potatoes, harvest apple kale salad, local milk, and local pears. Everything was really good, except the potatoes had a weird sour flavor. And the potatoes for all five participating districts had this flavor, so we were all a little concerned. Other than that, the day went well!

Friday I have set as my research day. I’ve been a little nervous to send out my recruitment emails for my research, but it had to get done sometime, so I mustered up the courage and sent them. Immediately, I had 3 farmers get back to me and I thought it was going to take a lot longer! I have managed schedule one of my nine interviews. I thought I might have scheduled a couple more seeing as how I had responses right after I sent the email, but it’s ok. I still have some time. I just need to breathe and stay on top of this.

Until next week everyone. Happy Nourishing!