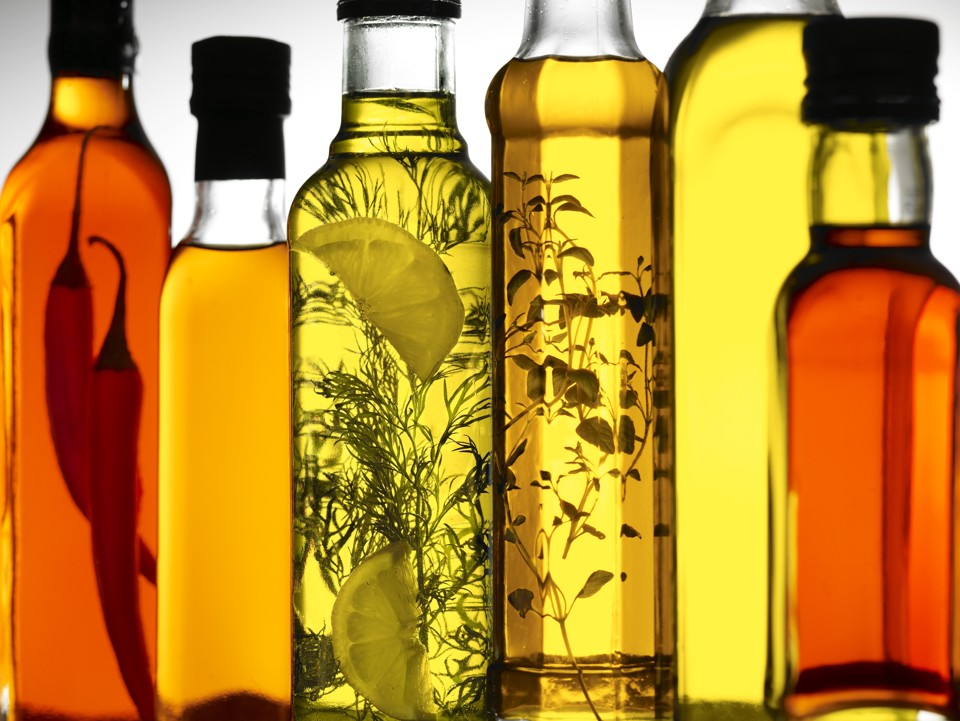 Have you ever been told you are not supposed to use extra virgin olive oil (EVOO) to cook, but you secretly do because you don’t know why you shouldn’t? EVOO is an oil that is best used in its raw state as a dressing or garnish, a finishing touch to a plate. Why is that you may ask? It has the basically lowest smoke point of all common household-cooking oils.

A smoke point is a temperature at which a fat starts to break down. The oil can take on an unpleasant flavor and can start forming harmful compounds, such as free radicals. Smoke points for oils vary widely and can range to above 500° F. EVOO’s is around 320° F, which can easily be reached on your stove top. Although your pan may not actually become that hot, it is best to use an oil with a higher smoke point in order to avoid any mishaps that may send your pan over that temperature. Canola oil has a smoke point of 400°, which is why it is one of the most common cooking oils used. Peanut oil’s smoke point is 440°, making it an excellent medium to deep fry in. And my personal favorite, avocado oil, has a smoke point of 520°.

Smoke point isn’t the only factor you want to keep in mind while looking for an oil to cook with. You want to make sure you are getting the best nutrition out of your oil. It’s recently been in the news that coconut oil is not as good for you as people thought. While I wouldn’t say it’s “unhealthy”, it doesn’t have as favorable of a fat profile as some other oils. In fact, coconut oil has more saturated fat than butter, and butter has more saturated fat than lard.

Whichever oil you use to cook with is totally fine regardless of fat distribution, but be aware to not subject it to high heat if it has a low smoke point. Also, make sure to store them properly. In order to avoid oxidation, keep your oil in a cool, dry, dark area like a cabinet if the bottle is small and has a higher saturated fat content since they are more shelf stable and less likely to become oxidized in small contents. Other oils, especially those that are in larger batches, should be kept in the fridge in order to further avoid oxidation since it can ruin a larger amount of oil more easily since there is more fat that can be subjected to oxidation.  With all that being said, pick an oil that you like the flavor of. In the end, you are the one consuming it, so don’t pick an oil with a taste you cannot stand. Happy cooking and happy nourishing!